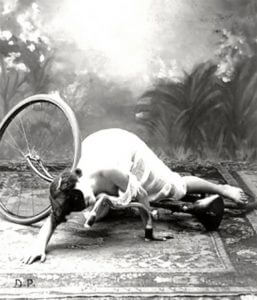 It occurs far too often and is distressing and confusing for most people to conceive of someone being self-destructive causing serious or even minor injury to him or herself.

The goal of such self-abusive, self-destructive and self-mutilating acts are most often twofold:

1. To remain in the role of a patient wherein

2. They are rewarded, gain attention, play the victim and escape responsibility

In psychological evaluation, they most often over-endorse their limitations and vulnerabilities and frequently offer that others suspect they are being self-destructive and how insulted they are by that attribution.

There are several things that must be done:

a. The history and progression of their initial injury must be meticulously outlined to insure whether it is following a standard clinical course

b. Attempts need to be made to determine what has happened developmentally with this patient and how the family/friends responses have changed since their complaints continued and increased

c. What would be the negative (or adverse) consequence for them of recovery

d. How vigorously do they combat attempts to rehabilitate them

e. Do they resist a change of provider due to fear of exposure

f. Most importantly, self-destructive acts represent not only serious life risks to the patient but, on occasion, they can include dangers to others as well.

Careful documentation and synthesis of all data regarding self-destructive potential are necessary.

Improprieties and Their Impact

Many involved in a case obstruct psychological examination much less psychological care. Several years ago, I was part of …
Read Blog Post

Alcoholism as a Diagnostic Concern

There is an old parlor game in which a person whispers a story into the ear of the person next to them who, in turn, whispers …
Read Blog Post

I have seen injured workers with horrible pain and do not appear to be depressed at all. Pain and depression must be considered …
Read Blog Post