Problems with sexual desire, interest in sex, and ability to achieve orgasm have been reported frequently since a new crop of antidepressants began hitting the market in recent years. Both men and women have reported sexual side effects from these medications, but some studies have shown the issue may be bigger than anyone realizes because doctors often don’t ask about sexual problems.

At the same time, patients are often reluctant and uncomfortable to volunteer such information.

A study was recently reported that examined more than 6,200 men and women in more than 1,000 doctors’ offices who were taking Wellbutrin, Effexor, Remeron, Celexa, Prozac, Paxil, or Zoloft for depression.

These medications constitute every new antidepressant marketed since 1988. Four of them, including Prozac, belong to the class of antidepressants known as selective serotonin reuptake inhibitors, or SSRIs, which are currently the most popular choice for treating depression.

The researchers teased out some factors from the study group — the people with the following characteristics seemed to be at higher risk for sexual dysfunction:

37% had sexual side effects.

Sexual side effects can be minimized or avoided by lowering the dose of most SSRIs.

Even though Wellbutrin was associated with a low rate of sexual side effects, it isn’t the best drug for certain types of depression, specifically when anxiety is also involved. Wellbutrin is for the lethargic depressed patient, not the patient who is having panic attacks or obsessing over things. Saying everybody has to switch to Wellbutrin or Serzone is not a sound opinion. For the anxious depressive, I really think there is nothing yet to top the SSRIs, and that is why lowering the dose, even several times, is the better option.

Once again, however, a detailed history and evaluation of the patient must occur since among injured workers_ the reported sexual side effects may actually be financial, marital and pain concerns. 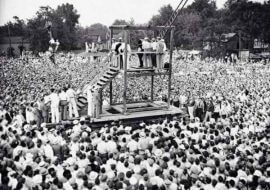 The brain: In the DSM-5 (diagnostic and statistic manual of mental disorders – 2013), there are the developmental defects, …
Read Blog Post