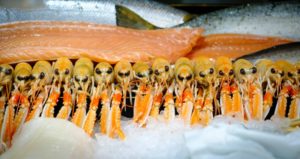 There is a natural course for personality disorders, but personality characteristics may be amplified by illness or injury.

Illness and injury merely become a means for the patient to account for their own behavior which they have rarely been able to control and which they poorly understand.

Since the patient has been diagnosed with Borderline Personality Disorder, then we have a natural course for which we should be prepared.

Two percent of the general population and 30-60% of clinical populations are diagnosed with Borderline Personality Disorder, and it is five times more common among first-degree biological relatives of those with the disorder. There is an increased risk Substance Related, Anti-social Personality and Depressive Disorders.

The most common course is one of chronic instability in early adulthood with episodes of serious lack of mood and impulse control as well as high utilization of health care resources.

The tendency toward intense emotions, impulsivity and intensity in relationships is lifelong. Recurrent job losses, interrupted education, and broken marriages are common. Premature death from suicide may occur especially with concurrent Mood and Substance-Related Disorders.

Physical handicaps often result from self-inflicted abusive behaviors or failed suicidal attempts. Self-destructive acts most often result at times of threatened separation or rejection or by expectations that they assume increased self-responsibility.

There are sudden and dramatic shifts in self-image, characterized by shifting goals, values and vocational aspirations, sudden changes in plans about a career. Their worse performance is in unstructured situations, and they have mood shifts associated with disillusionment with a doctor whose nurturing qualities have been idealized or whose abandonment is expected.

In toto, these individuals suffer from recurrent major depressive episodes, biologically precipitated by what many believe to be a genetically based instability of neurochemistry.

Attributing their impulsivity of mood and behavior and self-destructive tendencies to external events is the result of failure to accurately diagnose these individuals or failure to appreciate the implications of the diagnosis. 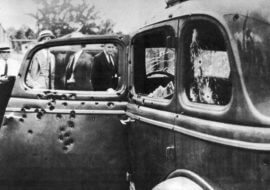