Betrayal Of The Patient

Aside from anger, fear and depression, there are other specific negative emotions that impact injured workers during the course of care.

But there is a fourth, and it is equally as disruptive. It is the perception that they have been betrayed.

Often the providers whom they are seeing are initially enthusiastic about recovery, but as weeks turn into months, and they have other patients to whom to attend, that optimism subsides. The patients fear that the doctors have lost their investment. The conceptualize this as betrayal.

The employer, whom they believe to have alternate work, does not seek to have them return or wishes them to return to the same job despite their limitations_or seeks to place them in a demeaning job. Regardless of the length of employment, they feel betrayed.

When an injured worker reads their own records (often not advisable due to poor comprehension) and those records conflict with their own perceptions, they believe they are being betrayed.

But_by far_the greatest sense of betrayal often comes within the family. For example, the wife does not understand why her husband does not return to work. She, in turn, does not work or is over-worked, and the children do not understand their father_s diminished capacity. In many cases, this results in the patient left alone, most days, to sleep, watch television, gain weight and feel increasingly alienated.

It is important to intervene, and dispel where possible, the patient_s sense of betrayal mounting resentment. 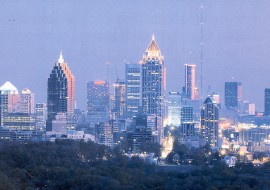 Pills and Prescribing “As a Western Society, we have evolved a preference, if not demand for, “a pill for all …
Read Blog Post