From a psychological perspective, there are ages of life or stages of life in which injury is better handled and ages at which it is more poorly tolerated.

A woman who dropped out of school at 16, worked out of necessity to support her children, has always performed repetitive and semi-skilled positions, and is now middle-aged with chronic, even mild, residual pain, is less likely to return to work. Her children are grown, she has grandchildren, and she has sufficient spousal income to support their household. This may be the only stage of her life where she believes she has remaining youth and access to (grand) child rearing. With regrets, and out of necessity, she missed much of her own youth, and she now perceives that her injury enables her to have some semblance of the life she has never had.

From the opposite prospective is the high school educated male who had plans of future academic training, whether tech school or even college. He has now been injured in his early 20s, he has several small children, and daycare expenses have always prohibited his wife from working. Now, he is unable to see how he, alone, can build a viable future or what options remain. He becomes self-pitying, gains weight, sleeps much of the day away and is irritable and undermining of what little his has left_his family. His wife may begin working, and he remains at home _caring_ for the children.

In between those extremes are the complexities posed by an injured worker who finds that his/her net cash benefits from workers_ compensation, when combined with society security funds, may exceed that which was generated when the patient was employed. This may especially be true if the individual had seasonal work. Workers_ compensation, at a minimum, may represent a consistency of income that the household has not previously seen. In some case, it _pays more_ to be injured than to be working.

Thus it becomes mandatory to not only determine if the patient consciously wishes to return to work, but if there are also unrecognized incentives for remaining at home rather than confront the tasks of life which represent the future.” 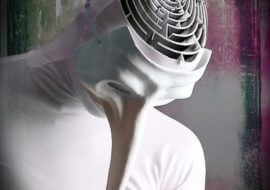 Sleep disruption due to alcohol dependence and abuse (Alcohol Use Disorders) are considered primary mental disorders. There …
Read Blog Post