From a psychological perspective, there are occupations that represent the lowest probability of return to work.

Many construction workers quit high school due to a combination of readily available income in the construction industry combined with continually changing work environments. That is, they are not _tied to a desk,_ they see the fruits of their labor, they often earn more than their high school educated friends, and there is constant stimulation.

However, due to the nature of their work, they are more prone to lifting injuries, falls, and severe lacerations.

Once injured, especially if they are well into adulthood, often lack a GED, lack specific alternate occupational interests, and they have few employment options if they have lifting (and/or other) restrictions.

They become readily frightened, discouraged, and irritable. While they may truly be clinically depressed, they label depression as a _weakness._ They will tend to express their concerns as anger, and the anger often drives off those upon whom they must now rely_their spouse, their friends, their doctors and their case managers.

The most common complaint of injured construction workers is `I never considered doing anything else_I do not know other trades_I have no other interests_I am already in debt_(and) I have no options.’

The highest risk for depression and poor problem solving appears to arise in those in the construction industry, especially those whose lives were characterized by expenditures equal to, or exceeding, income and who can verbalize no alternate work interests.

Procedures and the Patient

There are several concerns that are recurrent themes each year: The patients who receive a procedure even though they are …
Read Blog Post 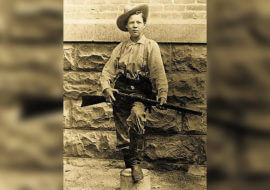 Being needful and being dependent are not the same thing. After meeting the basic needs of life, the next concern is whether …
Read Blog Post

The Concept of Recovery

Why would someone not be a good surgical candidate and how do you determine this?_ Here is a potential case: This is a middle-aged …
Read Blog Post