The Psychodiagnostic Process March 24, 2010 By Dr. David B. Adams 0 Comments

Phases and Stages of Injury

Assuming that this is not a surgical case, that it is a case of sprain/strain with perhaps underlying degenerative disk disease, the first three months following injury are critical.

It is during the first three months that the patient begins to understand the injury, the impact of medication, physical therapy and other conservative measures and begins to assess options and alternatives with regard to work and personal life.

If, however, this is a period complicated by several changes of providers, patients seeking narcotic analgesia and economic/interpersonal problems arising in the home, the patient may become focused and fixed upon his/her own perceptions of limitations. These perceptions may lead to the chronicity that follows.

By the end of a year, the patient has increased financial need but often decreased personal urgency to return to employment. Weight gains, daytime napping, and lack of a schedule begin to take their toll.

By the end of 18-24 months, the patient may have become fixed in an erroneous perception of total disability. Plans have dissolved and the only focus is a combination of pain, frustration and concepts of financial restitution. The latter can become dominant and because of the patient_s own lack of attempts to mobilize, he/she begins to attach unrealistic financial value to their injury.

This, in turn, may lead to the 24+ month period in which the patient has learned to languish, no longer perceives that return to work is forthcoming (even in quite young patients) and their spouses have gone to work or begun to work more hours).

I have often said that the first 3-6 months are critical. That is the timeframe in which you should determine what the injury means to the patient and how he/she perceives the future and his/her own goals.”

Depressed on the Job

At what point does a patient become prepared_or a doctor prepare a patient_for chronic problems. Some degree of pain remains …
Read Blog Post

In 1997, there were 2.3 million marriages. Sixty percent of Americans were married at that time, 23% had never married, 9% …
Read Blog Post 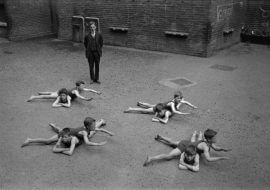