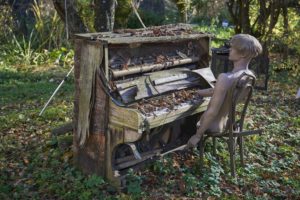 Trauma among injured males, is PTSD more common in males?

Being exposed to a trauma can have serious psychological consequences for anyone, but women have a greater risk of developing post-traumatic stress disorder (PTSD) after an assault than men do. They have about the same risk as men when it came to coping with a trauma that did not involve assault, according to a recent study.

Experiencing such a trauma is more common than most people think. Nearly 80% of people in a Canadian community reported that they had been exposed to a serious traumatic event in their lifetimes. One of the interesting things is that, even in peacetime United States and Canada, the likelihood that any of us will be exposed to at least one traumatic event in our lifetime is very high.

Another important thing we learn from this study is that women are at greater risk of developing PTSD following an assaultive trauma situation, whether it’s a sexual or nonsexual assault.

Post-traumatic stress disorder is the term doctors use for a variety of disturbing, intense psychological symptoms a person may experience following exposure to a traumatic event. These include a serious threat to life or physical health (such as rape or mugging) or involvement, either personally or through the experience of a loved one, in a major catastrophe. Affected individuals often report recurring nightmares or reminders of the traumatic event and may become emotionally numb.

Other symptoms include sleep problems, inability to focus intellectually, feeling anxious and jumpy, and constantly looking over the shoulder. These people can be quite difficult to help or live with and drinking behavior often increases.

The adverse consequences of post-traumatic stress disorder can range from relatively mild or moderate symptoms that a person can live with in his or her everyday life to symptoms that are completely incapacitating.

The bad news is that women are more likely to develop PTSD than men. The good news is that we have good treatments for PTSD and they are getting better all the time, including various psychotherapies and the recent FDA approval of the antidepressant called Zoloft (sertraline) for the treatment of post-traumatic stress disorder. 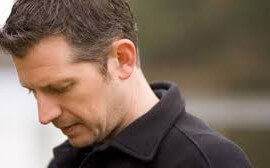 Psychological Care: Why and How

Differences in Care “The treatment of injured workers is quite a departure from traditional psychological care. In …
Read Blog Post

I find that among workers, marriage is often more problematic than helpful. This is especially true for the female patient. …
Read Blog Post