The Sociology of Mental Health December 30, 2009 By Dr. David B. Adams 0 Comments

In 1997, there were 2.3 million marriages. Sixty percent of Americans were married at that time, 23% had never married, 9% were divorced, and 7% were widowed.

Fifteen percent of Americans are single parents, 45% rely upon dual income and only 20% maintain the traditional breadwinner/homemaker roles. Fifty-three percent of couples have no children. The average is 1.84 children per family. Sixty-eight percent live with mom and dad; twenty-four percent live with their mother; 4% live with their father. Six percent of families have incomes above $100k and sixteen percent have incomes below $10k. 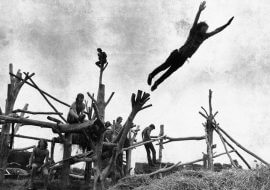 Candidacy: A patient may be depressed, phobic, have a traumatic disorder, illness anxiety disorder or a host of other mental …
Read Blog Post